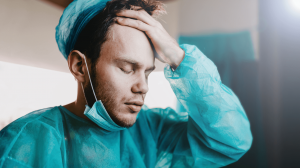 "Medical malpractice" is a term that keeps popping up, particularly in the realm of law. The meaning, however, is lost on many. Does it qualify as medical malpractice if you had an unpleasant encounter at a hospital that led to some difficulty? Or is the phrase only used when a person dies as a direct consequence of medical care deemed inappropriate?

What Is Medical Malpractice?

Medical malpractice is a term used to describe neglect, inappropriate treatment, the omission of care, or substandard care that results in injury, harm, or death for a patient.

Several elements must be taken into account for medical malpractice to be a valid issue, including the following:

You could have a case for medical malpractice if one of the circumstances above applies to you or someone you care about.

The fact that the patient under their care suffered severe injury or perhaps died proves that the doctor or other medical practitioner violated the standard of care they are obliged to deliver.

Medical malpractice may take many forms in a healthcare environment. Misdiagnosis, in which a patient is given the incorrect diagnosis or treatment plan; surgical errors, in which mistakes are made during a surgical operation; and pharmaceutical errors, in which the incorrect medicine or dose is prescribed or supplied, are some prominent instances. Birth injuries, improper site surgery, and failure to detect or treat a medical problem are examples of medical negligence.

The statute of limitations

The statute of limitations refers to the time restriction within which a medical negligence complaint may be brought. It varies by state and is often dependent on the date of the claimed malpractice or the date of discovery of the harm. It is critical to be aware of your state's statute of limitations, since failing to do so may result in the inability to take legal action.

Medical malpractice must be shown by demonstrating that the medical practitioner strayed from the standard of care and that this departure caused injury to the patient. This entails establishing what the proper level of care in the particular scenario would have been and how the medical professional's actions or omissions fell short of that standard. Expert evidence may be required to determine the proper level of treatment and to explain how the departure harmed the patient.

Medical malpractice insurance is carried by many medical professionals, including physicians, nurses, and hospitals, to protect themselves and their practices in the case of a lawsuit. This insurance may pay for legal defense and any damages received in a medical malpractice lawsuit.

Medical malpractice lawsuits may be addressed by settlement, in which the parties agree to a financial compensation to the injured party, or through trial, in which the result of the case is decided by a judge or jury. Settlements are often made via discussions or mediation, in which a neutral third party assists in facilitating a conclusion. Going to trial may be a lengthier and more expensive procedure, but it may be required if the parties are unable to reach an agreement.

Have You Experienced Medical Malpractice?

If you believe you have a medical malpractice case, contact Wettermark Keith today. We won’t rest until you get the compensation you deserve. Contact us for a free consultation right away.

How can I know whether I have a case for medical malpractice? Collapse

What should I do if I believe I have been the victim of medical malpractice? Expand

A medical malpractice attorney should be contacted right away if you believe you are the victim of medical negligence. It's crucial to gather as much evidence about the circumstances of your case as you can, including medical records, witness testimony, and any other pertinent documents. Your lawyer can help you comprehend your options and provide guidance on how to proceed.

How much time do I have to initiate a medical malpractice lawsuit? Expand

Depending on the state, the statute of limitations for medical malpractice lawsuits may be predicated on the claimed misconduct's date of commission or the date the injury was discovered. Knowing your state's statute of limitations and filing your case within the proper time frame are crucial. If you miss the deadline, you may be unable to file a lawsuit.

Will I have to go to court if I sue for medical malpractice? Expand