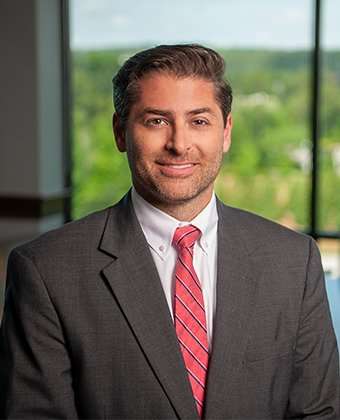 Intro: In 2016, Henry joined the WK team as a Personal Injury Attorney. He began his legal career as a civil defense attorney. This experience has given him the fundamental advantage of seeing “both sides” of the courtroom. Coupled with his prior experience in the world of insurance claims, Henry possesses the rare combination of first-hand knowledge from every side of an injury case. He understands the complexities and advantages of the various pathways available to all parties to reach a favorable result.

Background: Originally from Jackson, Mississippi, Henry attended Missouri State University where he played NCAA Division I soccer while also obtaining a Bachelor of Science degree in Finance in 2008. After beginning his career as an insurance adjuster in North Carolina, he returned to his home state and received his Juris Doctorate degree from the University of Mississippi School of Law. While in law school, Henry was awarded a Graduate Assistantship with the University of Mississippi School of Education and was also the recipient of the American Jurisprudence Award.

Henry’s “Why”: Henry believes that every case, every phone call, and every document is an opportunity to make a difference in someone's life. It's an opportunity to right a wrong and to hold people and companies accountable for their actions. Every result helps to shape the future of our community, and it gives him great pride and honor to pursue a safer and better tomorrow.

Just For Fun: Henry enjoys motorsports; he races at Barber Motorsports Park. He is also a private pilot, and he loves to travel with his family: his wife Lauren, and his two children, Allie and John.