The Reverend Martin Luther King, Jr. was originally named “Michael King Jr.,” after his father. However, after a 1934 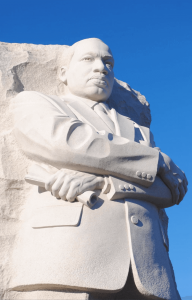 Baptist Church Alliance meeting in Berlin, Michael Sr. changed his and his 5-year-old son’s name to reflect Protestant Reformation leader Martin Luther. Stunned by the oppression and discrimination that marked the rise of Nazi Germany, Michael Sr. returned to the United States with a newfound perspective on what the Baptist Alliance termed “all racial animosity, and every form of oppression or unfair discrimination toward the Jews, toward coloured people, or toward subject races in any part of the world.”

Michael Sr.’s uncles (named Martin and Luther, respectively) also factored into this name change. As a child, Martin Luther King, Jr. disliked his name, thinking it sounded too distinguished for him. Only after decades of preaching and his successful leadership of the Montgomery Bus Boycott did King concede that “perhaps he earned his name.”

As a 15-year-old junior at Booker T. Washington high school, King’s natural intelligence and high level of academic success allowed him to skip grades 9 and 12 and enroll at Morehouse College - his father’s Alma Mater - in 1944. At 19, MLK earned his BA in sociology and continued his studies at Crozer Theological Seminary.

Ironically, it was at Crozer that one the best orators of the 20th century received a C in public speaking, though he graduated with perfect grades by his senior year. From there, MLK was ordained to the Baptist Ministry. 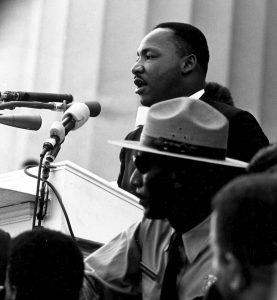 3). King’s “I Have A Dream” speech was not his first at the Lincoln Memorial

When King delivered his “I Have A Dream '' speech in the shadow of the Lincoln Memorial to the 250,000 people marching on Washington, he had already practiced on a smaller crowd, at the same location. Six years prior, King had given an address on voting rights at the Lincoln Memorial to the 25,000 people attending the 1957 Prayer Pilgrimage for Freedom. This speech helped establish him as a Civil Rights leader and set the stage for the 1963 speech that resounded around the world.

4). King was the youngest Nobel laureate at the time…and the most controversial.

On an October morning in 1964, a year after his famous “I Have a Dream” speech, MLK was informed that he had won the Nobel Peace Prize “for his non-violent struggle for civil rights for the Afro-American population.” At age 35, he was the youngest ever to receive this award - and turned over every penny of his prize money ($54,123, or roughly $520,297 today) to civil rights causes. This honor was met with mixed reactions. The Mississippi and Birmingham mayors declined to comment on the award decision, and segregationist Birmingham Police Commissioner Eugene “Bull” Connor called it “scraping the bottom of the barrel.”

On the other hand, King received calls from supporters around the globe - and Pope Paul VI welcomed King for a private audience. The Atlanta mayor, Ivan Allen Jr., also planned a banquet in King’s honor. When many white business leaders initially refused to attend, Allen sent out a message stating “Most of you will be out of town or sick, and you’ll send someone to represent you. Don’t let it worry you, though. The mayor will be there.” When this information hit the newsrooms, ticket sales skyrocketed. On the night of the banquet, 1500 people strained the ballroom venue’s capacity, including many prominent Atlantans. The success of this event helped cement Atlanta’s reputation as “The City Too Busy To Hate.”

5). King’s death was surrounded by conspiracy 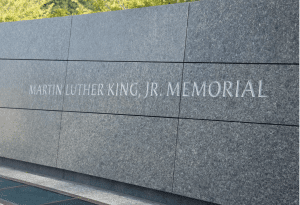 not be saved in 1968. As King leaned over the balcony of the Lorraine Hotel in Memphis, speaking to Reverend Jesse Jackson, he was shot in the side of the head with a rifle. He died in the hospital that night. King’s assassin, James Earl Ray, was an escaped convict and vicious racist. He was caught at the airport and extradited to Tennessee, where he pled guilty and was sentenced to 99 years in prison.

However, many - including King’s family - were unconvinced that James Earl Ray acted alone.  Theories swirled around Minister Ronald Denton Wilson’s deathbed confession that his father killed King, the evidence  that King was killed under Operation Lantern Spike by the FBI, who had already conducted countless secret, illegal projects. The FBI had attempted to stain King’s name for decades, based on alleged Communist ties.

In 1993, white Memphis businessman Loyd Jowers, claimed on national television that he had conspired with the mafia and the federal government to kill King. In 1999, King’s family filed a civil wrongful death case - their attorney presented evidence from 70 witnesses and 4,000 pages of transcripts that pointed to government involvement in King’s death. This lawsuit was successful. The jury awarded King’s family $100, ruling that King had been the victim of a conspiracy involving the Memphis police and federal agencies. However, this decision continues to be disputed by legal authorities as biased and incorrect. Regardless of the manner of his death, King left a legacy that cannot be disputed - one of peace, graceful strength, and devotion to equality.

At Wettermark Keith, we honor King’s legacy, and we hope to reflect his commitment to justice in our interaction with each and every client. Our deep connection to Birmingham and its hard working people has helped us obtain justice for thousands of individuals struggling with the results of someone else’s negligence. Our reach is not only regional, but it includes a diverse range of practice areas, such as auto wrecks, insurance dispute claims, nursing home abuse, medical malpractice, on-the-job injuries, and social security disability, to name just a few. Our purpose is to practice with care and compassion - to tell our clients’ stories and make their voices heard. We do this by building strong relationships based on constant communication and an unwavering dedication to truth and trust. As we say, it’s more to us, it’s personal.